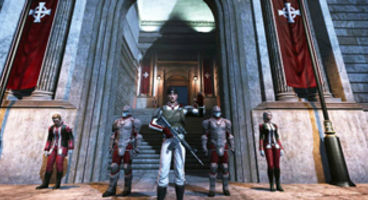 There are one million registered users for the beta of The Secret World, reveals Funcom. They say this is proof it's shaping up to be "one of the most highly anticipated" MMOs.

Its figures are "significantly higher" than Age of Conan, Funcom's previous MMO. They're "very optimistic" for The Secret World thanks to these figures and the "excellent feedback".

The websites for the MMO have received over 2 million unique visitors in just over a month. There have been 250k registered users to The Secret War "social media experience".

"Shattering our previous beta records gives us great hope for The Secret World’s launch and its future,” says Funcom's Morten Larssen. “Combining this positive number with the excellent feedback we have received from both beta testers and the press that have played the game, make us very optimistic for a successful launch of The Secret World.”

The first of the weekend beta events starts tomorrow, May 11th, where parts of The Secret World will be made available to sample which fully launches June 19th. Pre-ordering the MMO will grant you beta access.

Visit the official website for more information on The Secret World beta weekends.