10 December 2012 | By Jonah A. Falcon
Indie developer Interwave announced their side-scrolling action game Dark Matter back in May, and in November, posted their game on Steam Greenlight.

The developer has released a new gameplay trailer showing off some of what to expect from the game, which Interwave promises will feature "intelligent enemies that react to changing environmental conditions", stressing survival tactics over run-and-gun action.

Check out the gameplay trailer in the video below. Gamers interesting in upvoting Dark Matter on Greenlight can do so here. 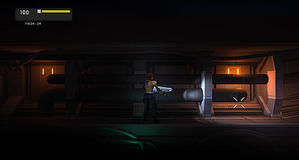