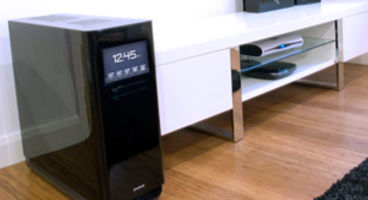 Gabe Newell (that's GaBE, not GaRRY) is steering Valve and Steam in the direction of PCs taking root in the living-room, edging out those pretentious consoles and their fixed hardware.

To this end Big Picture will be expanding to Steam's Linux client, which remains in beta for now. Newell also believes manufacturers in 2013 will start selling 'living-room PCs'.

This means that before the next generation of console platforms has even arrived on the scene, the personal computer has already stolen the spotlight for highest end tech.

Steam's Big Picture mode, which makes the PC Steam library TV and controller pad friendly for living-room environments, is also enjoying "stronger than expected" reactions from users. In fact Steam has reclassified titles on their digital platform as only having 'partial' PC pad support if they don't work with Big Picture.

PC packages for the living-room are going to start flooding the market by next year, reckons Gabe Newell. "I think in general that most customers and most developers are gonna find that its a better environment for them," said Newell, referring to PCs. "Cause they won't have to split the world into thinking about 'why are my friends in the living room, why are my video sources in the living room different from everyone else?'"

"So in a sense we hopefully are gonna unify those environments." That's right, Valve want to tear down the Berlin Wall of living-room entertainment. For too long have consoles been talking smack about PCs, and now it’s time for them to get schooled. Valve is seriously looking into their own line of PC hardware with Steam pre-installed, ready to go.

"We'll do it but we also think other people will as well," Newell told Kotaku, although their own designs will not be as 'open' as the typical PC. "Well certainly our hardware will be a very controlled environment," he said. "If you want more flexibility, you can always buy a more general purpose PC. For people who want a more turnkey solution, that's what some people are really gonna want for their living room." This is about reclaiming PC as the 'go to' for all entertainment.

"The nice thing about a PC is a lot of different people can try out different solutions, and customers can find the ones that work best for them," continued the Valve chieftain.