11 January 2012 | By Jonah A. Falcon
Sony has announced two new downloadable content packs are being released for Gran Turismo 5 on the 18th January. 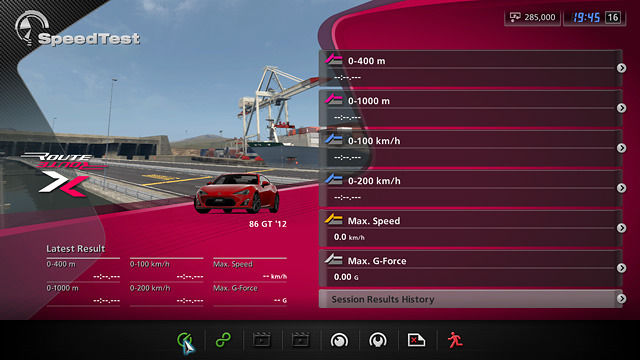 The other DLC is the Speed Test Pack, which adds a new oval test track and a new game mode called the "Performance Measurement Mode" that allows players to test their outfitted car's performance, while generating comparison stats and data for all of their vehicles. This DLC will cost the player €4.99.

Gran Turismo XL Edition will be released on the 17th January with all of the DLC released to that point included.