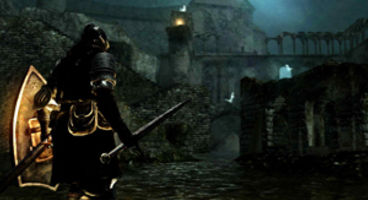 Some expanded content is close to be wrapped up for Dark Souls over at developer From Software, reports EGM. It will be launched as DLC sometime this quarter to RPG fans.

A trademark filing from the studio in Japan late in 2011 carried the name 'Yami no Mori' which means 'Forest of Darkness' or 'Dark Forest'. Previously the team has dismissed DLC talk.

The game's director, Hidetaka Miyazaki, said they had no post-launch content plans but said they could do something online if an interesting opportunity arose.

"While we have no reason at this point to believe that the two are connected, we also have no reason to instantly discount the idea," reported EGM on the mysterious trademark name and talk of DLC. Dark Souls released on Xbox 360 and PS3 in October last year. It's hailed as being a tough and merciless RPG with little room for fools.