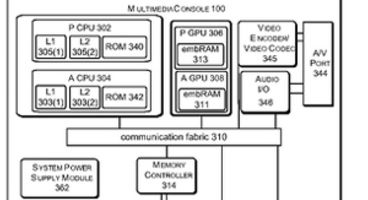 A patent taken out in December 2010 has just surfaced for hardware that scales "up or down over time" whilst catering to multimedia software such as "game applications". Fancy that.

This patent and its diagrams share similar design ideas with the 'Yukon' system mentioned in the 'Xbox 720' leak of May this year. It shows a multi-CPU and multi-GPU hardware design.

The patent in question is application 20120159090 with the US Patents and Trademark Office. The attached diagrams suggest Microsoft is considering dedicated CPU/GPU.

One design has CPU/GPU for the dashboard and another purely for 'applications' which would mean videogames, with room for a third group potentially lending aid to the other two. It's all rather extensive and full of boxes and little arrows mapped out. Eurogamer has a write up on the findings.

This patent is rather old by now and up-to-date rumblings all have Project Durango pegged as a more traditional console design with fixed specifications. At least we know what Microsoft engineers dream of. 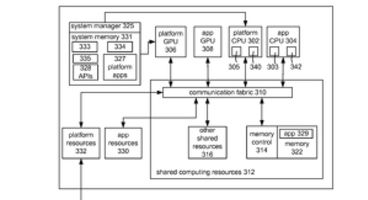 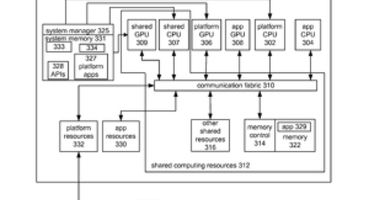