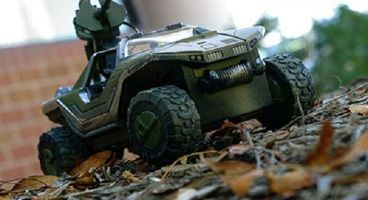 Fans of Halo will get a chance to see some of the characters and vehicles that will be appearing in Halo 4, including a 14inch Warthog model, at the 2012 Toy Fair in London.

Toy specialist Re:creation will be at the show presenting highly detailed die cast models, which will give us a chance to see what the Warthog looks like in Halo 4.

Halo 4 will be released exclusively for the Xbox 360 later this year.