BioWare: Sony has "not yet approved" Mass Effect 3 Multiplayer Challenges 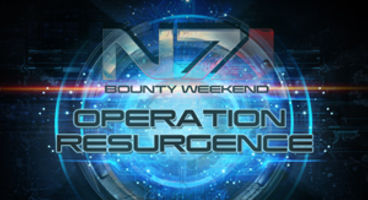 Xbox 360 and PC owners of BioWare's Mass Effect 3 have been receiving Multiplayer Challenge weekends from the studio, but the PS3 crowd hasn't. Why? Sony has okay'd it yet.

According to EA community manager Eduardo Vasconcellos, Sony has "not yet approved the promotion." They're continuing to "find a compromise" with them but no luck so far.

It seems strange that Sony are dragging their feet given how much of an 'open platform' they boast the PlayStation Network to be when compared to its rival, Xbox Live. Rewards from the previous weekend promotion are still yet to be given out due to some players gaining multiple packs - a fix is on the way for this week, apparently.