12 June 2012 | By Jonah A. Falcon
Kuala Lumpur-based developer E-One Studio has announced a new point-and-click adventure game, Hoodwink. The adventure is set in the future where the world is ruled by "the last surviving corporate giant." 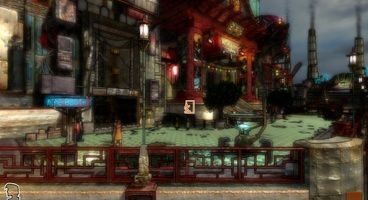 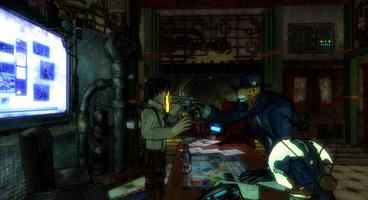 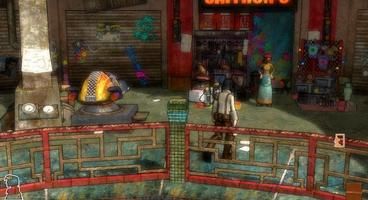 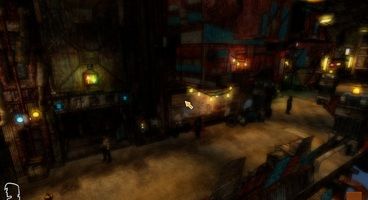 The game is a satire, full of parodies of advertising, political propaganda and corruption where players assume the role of Michael Bezzle, which the developer calls "a smart-mouthed bumbling scoundrel seeking to turn over a new leaf and settle down with his girlfriend" who finds himself in the middle of a political conspiracy.

The cel-shaded game, which features a soundtrack by award-winning composer Leon Willett, uses a point and click interface where players can explore the decaying metropolis of Global-01 which is, according to the press release, "populated by all manner of colorful characters, each with their own quirky plans, who will help or hinder as you solve challenging puzzles to seek out the truth behind the world's last corporation."

Hoodwink is due to be released by the end of June for £14.99. The game will feature subtitles in German, French, Simplified Chinese, Russian, Spanish, Portuguese and Italian at launch. 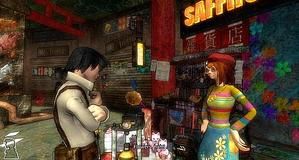