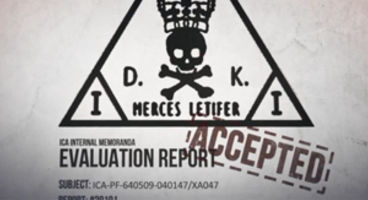 We're so close now to putting the black suit and red tie back on as Eidos' Hitman: Absolution releases next week on console and PC. To further our impatience, an 'ICA File' is leaked.

It's full of redactions and 'Tetra' this and 'Gamma' that, but also gives a quick brief on Agent 47's origins, which will only be known by those who've grown up with the series.

It talks up the bald assassin as the ultimate proficient killer with a 100% success rate and "persistently flawless" execution. Hitman: Absolution releases on Xbox 360, PS3 and PC November 20th.