Horror "not the focus" of Naughty Dog's The Last Of Us, 'humour and emotion' 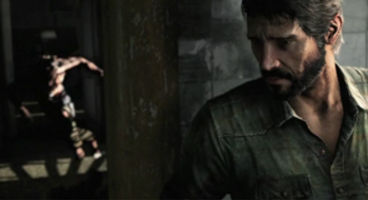 Just because a middle-aged guy and a young teenage girl are left fighting for their very survival every day after a virus obliterated the population, doesn't mean it's all gloom.

Naughty Dog's The Last Of Us will be using humour through their voice actors, and invoking emotion through its music. There'll be "horrific things happening" in the game for sure.

They want the game to carry a message of how human beings "exist," and not just in a virus ravaged world. The triangle of story, gameplay and visuals "needs to work together."

Joel is a forty-something guy who's looking after a young teenage girl named Ellie. They both rely on each other to survive in a world that's barely limping along after a virus has devastated the human race. "We're trying to say something about human beings and how they exist. Not necessarily just in this setting, but in every setting," he added.

"We're constantly pushing and challenging each other to make sure I'm not here just making a movie, and he's not here just creating fun for the sake of it. It's like, 'how do these two work in concert?'" Naughty Dog is well known for its dislike of a hierarchical atmosphere in their dev teams, as they prefer to let anyone on the team approach others with ideas.

"We try so hard at Naughty Dog to push things and then games come out that are fun and exciting and get visceral things right," he says, "but to read in reviews that they have an amazing story is disheartening to us because we work so hard at it. We really hope we can raise the bar."

The Last Of Us releases exclusively on PS3 late this year, or in early 2013.