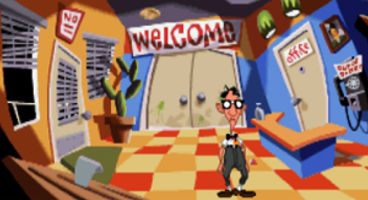 Double Fine's Kickstarter success proves there's still love for some genres. Avellone is asking what to make if they went with kickstarter? David Jaffe weighs in.

“All of Double Fine’s success from Kickstarter has been inspiring," said designer Chris Avellone. The dev wants suggestions on what game could make for a good Kickstarter.

"The idea of player-supported funding is proof certain genres aren’t dead and sequels may have more legs than they seem. And the idea of not having to argue that with a publisher is appealing," he continued. Tim Schafer's Double Fine Adventure project on Kickstarter reached its $400k target within 8 hours. It's now in excess of $1.6 million.

David Jaffe of Twisted Metal fame will soon be leaving Eat, Sleep, Play to start his new development studio. The veteran designer is certainly intrigued by the notion of crowd funding. "With what’s happened with Tim’s Kickstarter, sure, I would consider it,” said Jaffe.

“I definitely think it’s a really cool thing, so I would consider it. I think I would be really nervous because suddenly now it’s not just a publisher’s money. Suddenly you have all these peoples’ money, and you don’t want to let them down.”

“There’s kind of the fear that this would suddenly become, you know, a dick-measuring contest. Schafer comes out and raises a million, and Jaffe only raises $200,000,” he laughed.