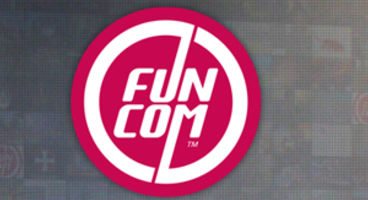 Funcom MMO The Secret World is averaging a Metacritic score of 72 which is "considered low" by the publisher's own admission. Their share price "decreased significantly" as a result.

That aggregated score is "not in line" with comments from beta players and press, they continued in an update. They're "disappointed" as it's a fledgling IP that needs positive reception.

Sales for the new MMO are strong however as Funcom enjoys "higher than expected" direct sales through EA's Origin and Funcom's own digital store front.

Regarding the share price drop, Funcom "attributes this mostly" to the 'low' Metacritic average. "While there are very positive reviews, there are as well mixed or average reviews from various press outlets, giving an aggregated score for The Secret World of 72 out of 100, which is to be considered low, and not in line with the positive feedback received during the beta phases from both press and players," said the company in an investor update.

"Funcom is of course disappointed with achieving such a Metascore. A game like The Secret World, which is not based on a well-known brand, is normally dependent on positive press reviews to achieve successful initial sales, in addition - but not limited - to other factors like word of mouth."

They're happy to note The Secret World hasn't befallen the troubled launch that Age of Conan endured. The Secret World is also launching on Steam as they step up digital distribution. Overall the company is pleased that gamers themselves appear largely happy and supportive of the new MMO IP.

"Funcom is pleased to see that gamer satisfaction is high, with user score of 8.4 out of 10 and higher on www.metacritic.com and other sites like mmorpg.com. This is in line with the beta surveys and beta players' feedback that the company received prior to launch."

"The company considers this a positive indicator of high customer satisfaction, and a solid foundation to build on the positive and engaged community Funcom has established with The Secret World."

"First indication of churn is more positive than for Age of Conan, and the in-game store is performing as expected. The add-on packs are performing better than expected. Also higher than expected sales are going directly through the online download stores like EA's Origin and Funcom's own storefront, generating more profitable sales for the company."

What did we think of The Secret World? Check out our review for why we stamped it an 8.0 "despite some quibbles".