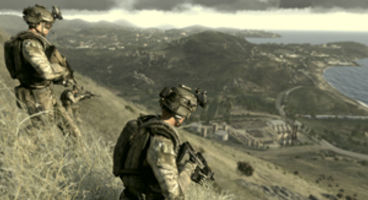 Developer Bohemia Interactive has revealed plans to delay the release of Arma 3, with launch plans expected to be finalized "in the new year." A 10-year veteran assumes Project Lead position.

Joris-Jan van 't Land takes over from Daniel Musil, who left to "pursue other opportunities." This is a step to help the studio march forward under "unexpected circumstances".

Two Bohemia staff members were vacationing on the Greek isle of Lemnos, which features in the upcoming Arma 3, and were arrested and charged with 'military espionage'.

"We’ve been in the process of implementing changes that will help us innovate as a studio under unexpected circumstances - facing problems we simply couldn't have imagined," said the new Arma 3 Project Lead. "We're still trying to make sense of the situation and hope that our colleagues will be released soon. Although their plight has certainly affected us on a personal level, we continue working on the tasks identified as key to the release of Arma 3."

The new release schedule for Arma 3 is now 2013. "I hope this update provides some answers regarding the status of the project. We’re currently sorting the specifics so we can deliver a more complete announcement at the beginning of next year," added Joris-Jan van 't Land. They're also busy with standalone development of DayZ, led by Dean Hall.