14 March 2012 | By Jonah A. Falcon
Twister Pixel has announced that some new downloadable content will be coming to their Kinect shooter The Gunstringer. The new DLC will be called "El Diablo's 'Merican Adventure", which will add four new levels with a new protagonist called "El Diablo". 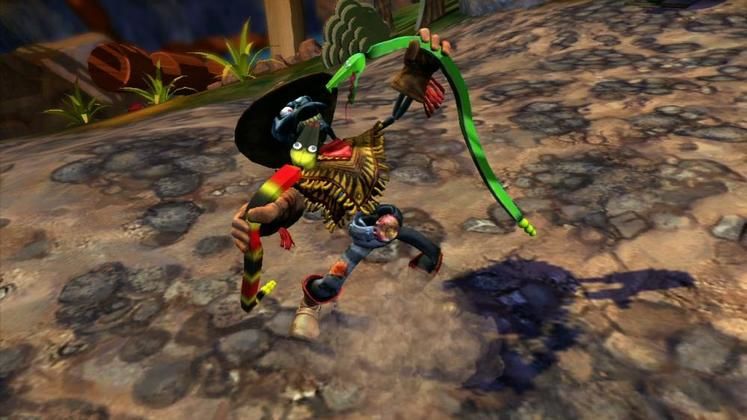 According to the product description: "El Diablo shoots his way through a wide variety of full pop-up gallery environments based on the retail game, along with all-new sets including the Baron’s oil platform and the Madam’s bedroom and ballroom."

The DLC costs 240 Microsoft Points and weighs in at 1.39GB. Gamers can either download it directly from Xbox Live Marketplace, or put the DLC on their queue by visiting Xbox.com here.

The Gunstringer was released on the 19th September 2011 and earned an 8.5/10 score in Strategy Informer's review.