CD Projekt RED gearing up to develop two RPGs, one a new IP 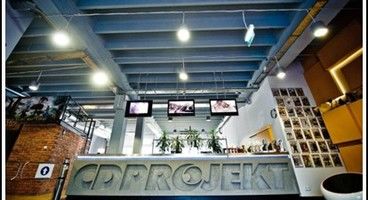 Fresh off their successful launch of The Witcher 2 on the Xbox 360, CD Projekt RED is currently developing two new roleplaying games, one is a new IP, while the other is a "dark-fantasy universe"; both are intended for mature audiences. This was revealed from the developer's posting on their official careers page, which intimates that the latter could be The Witcher 3.

Each game is looking for nine artists, animators, and programmers to work on them.

The blog states, "Our mature dark-fantasy world is well known around the world, though if you can’t stomach dwarves, elves or sorceresses who put their ample charms on display in Playboy magazine, we’ve got also something special that might be right up your alley! We’re looking for people who would rather work on an entirely new and different IP – a vast RPG for which we want to assemble the best possible staff. It represents an opportunity for you to create a grand new project from the ground up!"

The blog then cheekily added, "And hell, no matter if it’s with guns or swords, we’re just having a good time here..." which hints that the new IP could be in a modern setting.

The Witcher 2 was received on PC and Xbox 360 to rave reviews.