Studio Ghibli's Ni No Kuni arriving in Europe in Q1 2013 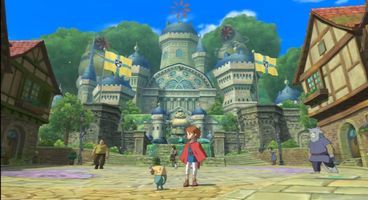 Namco-Bandai has announced that Ni No Kuni: Wrath of the White Witch, a Studio Ghibli / LEVEL-5 collaboration, will be hitting Europe in Q1 2013, fully localized and subtitled in five languages including English, French, Italian, German and Spanish.

Ni No Kuni tells the tale of a boy named Oliver who travels to a parallel universe to become a magician in order to resurrect his mother, with the hopes of bringing her back from the dead.

“We have worked very hard on Ni no Kuni: Wrath of the White Witch and it has been a great honour to collaborate with Studio Ghibli and Joe Hisaishi, so it was important for me that players outside Japan also have the best experience of the game we can give them. To make this possible, we decided to invest the time in localising the game so that as many people as possible across Europe can enjoy the full experience in their own language,” stated LEVEL-5 CEO and president Akihiro Hino.

The game's artwork and animation are fully handled by Studio Ghibli. The soundtrack is created by longtime Ghibli composer Joe Hisaishi.