Spector worries about games getting too ultraviolent 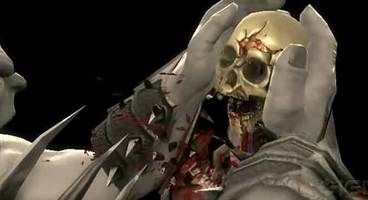 Epic Mickey 2 designer Warren Spector is concerned about the escalating level of violence in videogames, especially after his experiences during E3 2012, calling it the most brutal and bloody convention yet.

Spector complained, "This is the year where there were two things that stood out for me. One was: The ultraviolence has to stop. We have to stop loving it. I just don't believe in the effects argument at all, but I do believe that we are fetishising violence, and now in some cases actually combining it with an adolescent approach to sexuality. I just think it's in bad taste. Ultimately I think it will cause us trouble."

"We've gone too far. The slow-motion blood spurts, the impalement by deadly assassins, the knives, shoulders, elbows to the throat," he went on to say.

He acknowledge that some of the games he'd worked on such as Thief: The Dark Project, System Shock and Deus Ex had some brutal violence, but they were intended to evoke a negative reaction, instead of fetishizing it.

Violence wasn't the other thing bothering Spector, either. Spector believes that E3 is becoming more like CES. "The second thing I noticed was that the most interesting part of the press conferences had nothing to do with games. When the games are the least interesting part, there's a problem," he stated. "When did the game conference become about interfacing with Netflix? I just worry a little bit."

However, despite his concerns, Spector is enthusiastic about this era of gaming, which he considers a Golden Age.

"The thing that's ironic is that I feel like we really are in a golden age, in a weird sort of way. Nobody knows what the future of games is. Nobody," he enthused, "At a time like that Notch can come along and do Minecraft, and Chris Hecker can finally do his incredible party spy game, and Jon Blow can do Braid, and I can do a triple-A Mickey Mouse game - anything is possible."

He then pondered, "Is the future... indie games distributed digitally made by four guys in a garage? Is it 800 people working on a triple-A game for Disney? Is it a social game on Facebook? Is it a mobile game on iOS and Android? Nobody knows. What that means is, if you have an idea you can reach an audience with it."

"Pretty much all I saw at E3 was, 'Well, we're going to do what we always did, but bigger and bloodier! And we're gonna talk about Netflix!' I just don't get it," he concluded.