Hirai: Sony will be "moving a lot of things to the cloud" 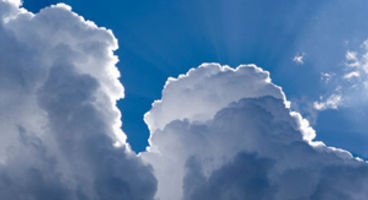 The cloud is the undeniable future, says Sony boss Kaz Hirai, and that's why they acquired Gaikai. As people move "more and more to the mobile space," the cloud environment becomes critical.

It's why Sony wanted to make the smartphone business a "100 per cent-owned subsidiary" of Sony, and expanding into the cloud is part of that strategy. Gaikai will "propel the movement" for games.

Kaz Hirai was made Sony CEO and president this April, having formerly been focused only at Sony Computer Entertainment America.

"People are moving more and more to the mobile space, so the two keywords, and you'll probably hear this from everybody: smartphones and tablets," Hirai-san told BusinessWeek.

"Related to that is moving a lot of things to the cloud. That's why, for example, we felt that it was very important that we acquire the 50 per cent of our joint venture in Sony Ericsson and make the cell phone business or the smartphone business a 100 per cent-owned subsidiary of Sony."

He continued: "We needed to make decisions a lot faster. In regards to the cloud, one of the things that you probably saw is our acquisition of a company called Gaikai. That is a company that's going to propel the movement of the video game business into the cloud space very quickly."

Kaz Hirai has been largely credited with wrestling the beast that is the PlayStation business and bringing it under fiscal control, and now Sony big wigs hope that can be applied to the entire corporate giant. Sony still intends to reduce their headcount by 10,000 places by March 2013.

"For example, we've sold off our chemical business. We have sold off our small LCD business, and so those employees are in that count. They just moved to a different work environment or under a different parent company relationship. They still have jobs; they're just not on Sony's payroll."

That figure represents 6% of Sony's global workforce, and of course they can't promise that more won't be trimmed as time goes on; it's the nature of business. "After we complete this, I don't know that anybody can say we're never going to do reductions again. We just need to look at how we maximise our business," he added.

"But I've basically also said that it's not an easy decision to make, but if the decision needs to be made for the right reasons, to make sure that we're putting Sony back into a growth mode, those decisions have to be made."