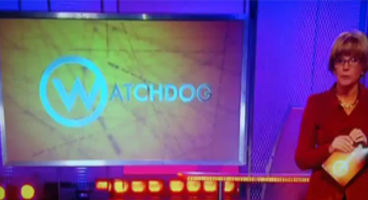 Specifically it was after disconnections gamers have been suffering, and accused that EA "refused to take responsibility," dismissing that "only a tiny minority" were affected.

EA points the finger at people's router setups, but Watchdog was on the attack saying the issues lie with EA servers and not a fault "at the gamers end". EA has responded.

"Based on our estimates, 0.4% of our FIFA Ultimate Team 12 customers have been impacted on the PlayStation 3 and PC platforms," said an official EA statement. They continued saying the disconnects hadn't occurred on Xbox 360, but it only happened with certain types of router and that about 120 hours of coding had been spent fixing it.

A title update earlier in the week aimed to address the issue, with compensation offered.

"Players who were most severely impacted experienced a major disruption to their game experience. We will be compensating those people with FIFA Ultimate Team packs and coins significant enough to demonstrate just how thankful we are that they stuck with us while we tackled the problem."

The BBC's Watchdog claimed in their report gamers had little assistance from EA: "When hit with a barrage of complaints from angry gamers, EA refused to take responsibility, claiming only a tiny minority of users were affected, suggesting the way gamers' consoles were connected to the internet was the problem," said the TV programme.

"But with problems affecting those on different makes of console it doesn't seem to be a fault at the gamers end but a problem with the EA servers, a view that our expert Andy Robertson agrees with."