17 February 2012 | By Jonah A. Falcon
Electronic Arts is breaking its own street date on Mass Effect 3 in the strangest way: it's launching some copies into space, strapped onto weather balloons. 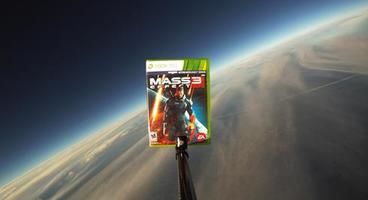 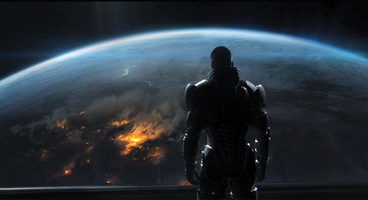 The bizarre promotion has balloons launched from New York, San Francisco, Las Vegas, Berlin, London and Paris, flying high into the stratosphere. Each of the balloons are equipped with a GPS tracking device, which allows fans to follow their progress.

When those balloons land, well, it'll be a free-for-all scrum to snag the early copy a week or two ahead of release.

Those gamers who wish to find copies the easy way, Mass Effect 3 will be released for PC, Xbox 360 and PlayStation 3 on the 6th March in North America and the 9th in Europe. Players will be able to either download digital copies, or merely stroll to an Earthbound store and pick one up there.