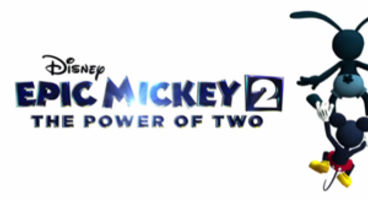 Warren Spector, creator of Deus Ex, has revealed he asks himself 7 questions before starting a game and if he can't answer them all then "I don't do it." He also plans in threes.

Spector plans out a "three-game story arc," meaning Epic Mickey 2 and 3 are already mapped. The veteran designer even charts a "gameplay arc," deciding what mechanics arrive when.

You didn't think Mickey's epic adventure in Epic Mickey could be contained in just one game, did you? Warren Spector was at least two titles ahead by the time the first arrived.

"I assume every game developer has a process they go through when they start a new project, and mine involves a couple of things," revealed Spector, speaking with Digital Spy. One of those 'things' is that "there are seven questions I ask myself and if I can't answer them I don't do it, and that's posted on my blog if you're curious."

"But the other is, I always plan out at least three games."

"I plan out a three-game story arc, and I plan out a three-game, sort of, gameplay arc, what am I going to introduce in each game. I don't do that because I actually expect to do those games, I do it because my games take about three years to make and I need to make sure I'm willing to put in as many as ten years of my life on something," he added.

Co-op play and even the sing songs featured in Epic Mickey 2 were always coming before work started, and he's already got an "idea" for the third instalment. Spector asks gamers give the musical numbers a chance.

"So I already had an idea of what's the next step, you know, before we started, so I'm always incentivised to do it."