Funcom: "We have the tools to make The Secret world free-to-play"

17 September 2012 | By Nick Akerman
Amidst recent financial troubles, Funcom has revealed it could make The Secret World free-to-play. 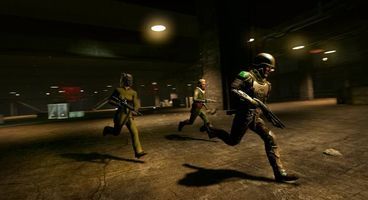 New CEO Ole Schreiner spoke about the future of the company and its games in a recent interview.

"The Secret World was developed as a subscription-based game and the decisions made during planning and production was based on that business model", said Schreiner.

"If we had designed The Secret World as a free-to-play offering we would have made some different decisions along the way, for example in terms of how the in-game store works and how our post-launch content plan would play out."

Schreiner continued by announcing a model change could be coming to Funcom's latest game.

"That said we definitely have the tools to turn The Secret World into a free-to-play game - or even hybrid - should we decide to do that somewhere down the line."

"We did that with Age of Conan with significant success. We all know that trends and expectations in the gaming business, and perhaps particularly the MMO genre, is evolving quickly, and we're regularly re-evaluating our business model against the changing currents of the marketplace and our own player base as well. Not only in terms of The Secret World, but also our future games."

Would a switch towards free-to-play coax you into playing The Secret World?