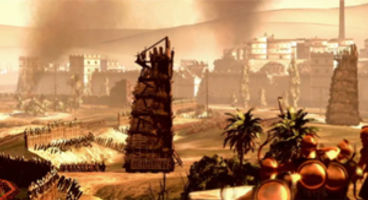 For Total War's return to Rome, developer Creative Assembly want to better leverage the intrigue and scandal of the Roman period. To that end dilemmas will tend to run on to one another.

They won't be as closed and isolated as in previous Total War campaigns. The plan is to capture the "machinations of the Senate, all that cool Roman stuff" almost in a story-telling way.

It was obvious to the studio that fans wanted Rome as Total War's next destination, but why? It's the most appealing period in history for the most part. Rome is 'endearing'.

"We’ve got the budget, we’ve got 100-plus team members now, so the studio is geared up to do this. It’s time to roll out the Rome map again and tackle this," Al Bickham of Creative Assembly told VG247. "Plus, it’s a fantastic era, we’ve got a lot of staff who research the period, and we’ve got a lot of new, enthusiastic staff as well."

"Everybody’s got their heads in books at the moment, so everybody’s just digging away at the subject, they’re really up on the history, and there’s a lot of media around at the moment that touches on the era." He points to HBO series, movies like the Gladiator and more tapping into the lore of ancient Rome.

"When you think of it you see the red and gold motifs and more. Everybody riffs on that these days, everybody knows it from school, and very large part of the population knows about Roman history, and has that view on what makes it endearing." It's what gives Total War: Rome 2 its edge and they'll exploit that through the dilemma system.

"So with Rome 2, what we’re doing is weaving in all of those archetypal global plot lines into the dilemma system. There are themes from history, such as the machinations of the Senate, all that cool Roman stuff that – as I said earlier – we consume in the media we watch or read," explained Bickham.

"So it’s not just single, unique events that come along and you get a choice of this, or a choice of that. Now, dilemmas still ask you to make a decision, but depending on the choices you make, and the way you play the game, you will trigger consequential dilemmas along the line."

"The aim is to bring a sense of heritage to the game. We’re not typically a story-telling series in the traditional sense."

On the future of the series, the studio's communications manager says one of the crucial elements needed for any time period to qualify for Total War is that multiple factions must be at odds, and that it's "not quite clear which one will emerge the victor. I mean, history already tells us who wins, but you need that excitement. What I would say is that there are lots of unusual places we can go. We have a stack of ideas about what we can do." Total War in the 1940s perhaps?

Check out the full interview between Al Bickham and VG247.