17 October 2012 | By Jonah A. Falcon
Major Nelson has announced that the 2012 edition of the Fall Dashboard Update for the Xbox 360 is launching today, but not everyone will be getting it right away. Microsoft will be releasing the update region by region to ensure a stable release; gamers may remember years ago when the Dashboard caused massive slowdowns in multiplayer games. 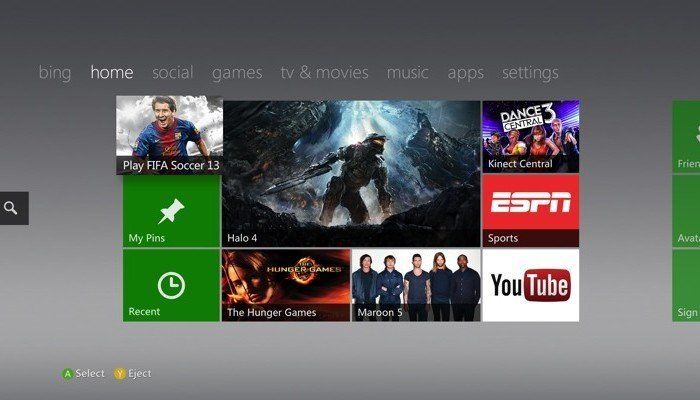 * Refreshed Xbox 360 Dashboard. We’ve updated the UI with a few things, including an updated layout with more tiles, a combined TV & Movies channel and, in the US, a Sports destination.

* Recommendations and Ratings. Recommendations will allow you to discover new favorites, generated based on a number of variables including the content you previously viewed, what your friends are consuming and what is most relevant and popular with our Xbox community. You can now rate content yourself and also see Rotten Tomatoes ratings.

* Pinning. Pinning lets you personalize the dashboard by saving your favorite movies, TV shows, games, music, videos and websites right to the home screen. It’s as easy as opening an app or a favorite movie and clicking “pin.”

* Recent. Previously called Quick Play, the Recent view gives you a list of movies, games, apps or other types of content that you most recently accessed on the console.

* Enhanced Search. The last Xbox LIVE update brought Bing voice search to Xbox so you could use voice to search for movies, TV shows, actors, directors and artists. This year we added genre search to the list, so now you can search for action, comedy, romance, drama or sci-fi. Bing voice search now includes results for video across the Web, including YouTube.

As for the highly touted SmartGlass feature, it's being put off til the 26th October to coincide with the launch of Windows 8.