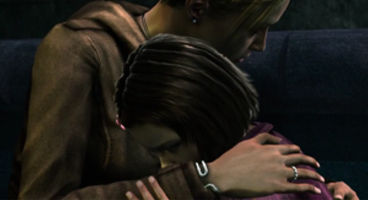 The developer behind AMY has offered comment to the wave of low critic scores plaguing the title, saying that it's a "HARD game" and playing it on easy should help most people.

They said that some "totally disliked" its difficulty while others "really enjoyed it." Most critics have panned AMY for poor design and technical glitches.

AMY is a survival horror game for Xbox 360 and PS3 where we must protect a small girl, Amy, with an interesting ability that prevents the main character from becoming feral.

"As many of you have already heard, AMY is a HARD game. Some people totally disliked that while other really enjoyed it," read a studio statement on Facebook.

"We believe this is part of the survival experience we tried to build as we wanted the game to be challenging," they continued. "However, we actively listen to the community and comments and hence recommend the non-hard core gamers to launch the game in EASY mode (in the settings) for now."

"This will give them a much more pleasant and smoother experience, especially as the checkpoints are scarce."

Destructoid has issued their own response 'confirming' that Easy mode doesn't address "repetitive animations, glitches, lack of player feedback, disrespectful save system, disgusting controls, awful voice acting, graphical stuttering, characters sticking to walls, agonizing A.I., dark visuals, or the ability for players to break the game by performing actions out of sequence." Our review of AMY is still in progress and we'll be letting you know what we think soon enough.