18 January 2012 | By Jonah A. Falcon
The open world Japanese mob game, Yakuza, gets into the zombie apocalypse genre with Yazuka: Dead Souls, and preorder bonuses have now been revealed for the game which will be released in March. 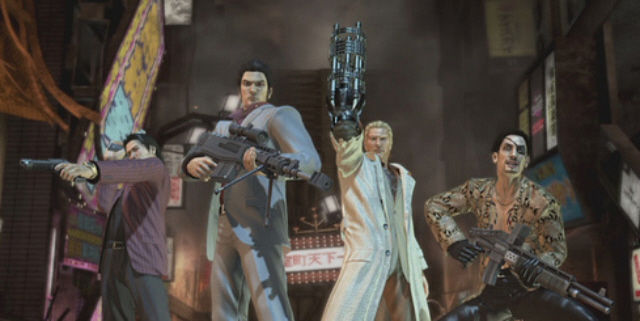 In the US, Gamestop preorders will receive the Densetsu Pack DLC for free, which includes 8 unlockable new weapons, 14 new firearms, 8 new hostess costumes, and an assortment of extra items. Gamers will also get the “God Bless America” Pack, which features bonus US-themed costumes for each of the main characters, including a "God Bless America" T-shirt for Kazuma Kiryu. The latter pack also includes bonus Karaoke modes for Majima and Kiryu, new cutscenes, as well as bonus items for the casino and upgradable weapons.

Yakuza: Dead Souls will be released for the PlayStation 3 on the 13th March in North America, the 15th in AUstralia and the 16th in Europe.