18 February 2012 | By Jonah A. Falcon
GameStop sells downloadable content for games these days, even for unannounced DLC it seems, as the "Lost Archive" DLC for Assassin's Creed: Revelations has appeared on the site for $14.99 USD. 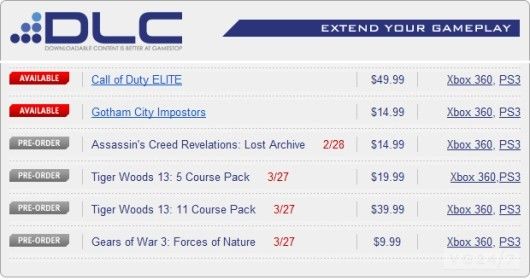 Achievements for the DLC had been leaked earlier in the week, suggesting it was a single player mission for present day protagonist Desmond Miles.

According to the GameStop listing, the DLC will be released on the 28th February.