RuneScape seeing "biggest change in any system" with Evolution of Combat 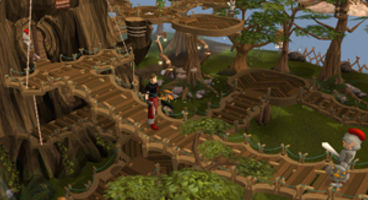 Developer Jagex are preparing a huge 'evolution' to RuneScape as they announce their Evolution of Combat project, which is the "biggest change" to a RuneScape system to date.

They're completely overhauling the combat system to provide a more "immersive and involving experience." It's been the "most requested update" from fans and Jagex will deliver.

They'll be running a closed beta for users to try out the newly implemented combat system, which will be open to registration to all Runescape users from June 1st.

The actual first beta entry takes places June 26th and will run up to September where participants get an "exclusive chance to preview the expansion before the rest of the world." Details about the Evolution of Combat project will be revealed.

“A rework of the combat system has been the most requested update from our community, and thousands of man hours have gone into developing a more fluid, interactive and tactical combat system. The Evolution of Combat update will fundamentally change the way people play and view RuneScape forever.”

"We have always valued the views and feedback our community which is why we are so excited to be launching this game-changing update with a members’ beta. By introducing this update with a limited-access beta, we are able to interact with our community in a completely new way and offer our members the chance to try the new features first, helping to shape the future of one of the most important elements of the game."

"I know players won’t want to miss out on the chance to take part in this exclusive opportunity, so be sure to register your interest when registration opens on 1st June,” he added.

Jagex will give more specific details about the new combat "in due course" with more info on the website.