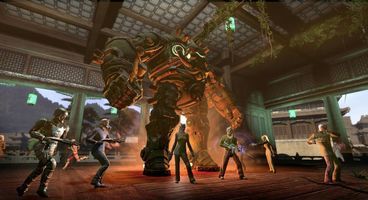 Funcom has announced that after all the firings at the company, The Secret World is finally making a profit, according to recently appointed CEO Ole Schreiner.

According to Schreiner, “After the recent re-structuring of our internal teams, The Secret World is now a profitable operation and we expect it to be so for the foreseeable future"

He added that now the developer can commit to an "ambitious post-launch update plan", adding "We’re quite comfortable with where we are now and what we’re providing our players.”

The Secret World sold only 200K copies in Funcom's fiscal quarter, leading to mass layoffs of almost half the personnel.

When asked about going free-to-play, Schreiner stated, "We tried leaving our options open during development so that we could launch with a different model should we have decided during development that’s what we wanted, but eventually we did settle on the subscription model and that’s what informed much of the game’s design."

“That said," he conceded, "we definitely have the tools to turn The Secret World into a free-to-play game – or even hybrid – should we decide to do that somewhere down the line. We did that with Age of Conan with significant success.”

“I believe there is a market for free-to-play, subscription and hybrid business models. What’s most viable for your project depends on what sort of game you’re trying to make, what your focus is and how you’re going about putting it together. I do think that as that as free-to-play offerings keep raising the bar in terms of quality and longevity, it’s becoming more and more difficult for subscription games to live up to player’s expectations."