19 June 2012 | By Jonah A. Falcon
Journey developer ThatGameCompany is free of its three game deal with Sony, and after raising $5.5M in funding from Benchmark Capital to fund its next game, creative director Jenova Chen is eager for multiplatform release, aiming for a "Pixar-level" mass audience. 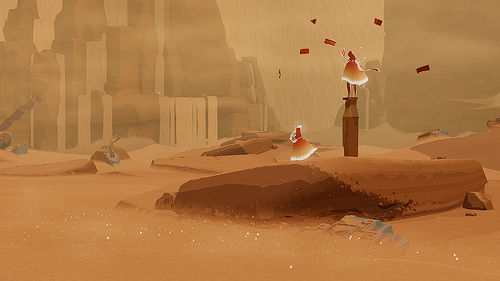 According to Chen, “By raising the money ourselves, we have the control to do what we want,” adding that the developer's next game was already in development, aimed at “a mass audience, like a Pixar movie.”

While appreciating Sony's help in releasing the company's previous three games, flOw, Flower and Journey, Chen was also happy to have total control over such things as how players interact with their games, including how they download and launch the game.

Chen stated, “I’m a game designer, so I care about the whole experience."

ThatGameCompany general partner Mitch Lasky also noted in a press statement that Benchmark Capital was interested in their next game due to its “emotional depth, engagement with fully-realized worlds, and a strong sense of authorship.”

Considering the developer's track record, it must be something to behold.