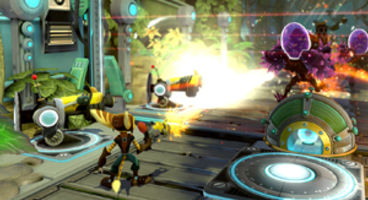 Aside from going back to the "classic camera, weapons and third-person" that Ratchet & Clank is known for among fans, the Insomniac team in North Carolina are also throwing in some tower defence.

We'll be building and defending against invasions "using your ultimate Ratchet & Clank arsenal." Our heroes face a "new nemesis" in QForce "across five levels set on three different planets."

The studio is also including an online mode that they'll be detailing later. We can play as Ratchet, Clank and Captain Quark. QForce also supports split-screen co-op play.

Insomniac on tower defence: "This new twist, added to the classic Ratchet gameplay, brings a whole new level of strategy and decision-making to QForce. You’ll want to make sure your hoverboots are laced up and ready as you race to defeat your enemy while keeping your base secure."

Ratchet & Clank: QForce releases on PS3 this autumn, which is also the series' 10th anniversary. 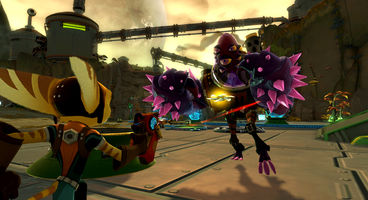 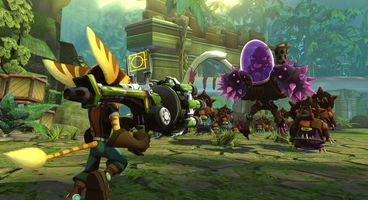