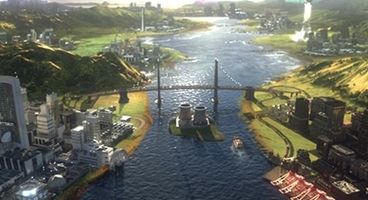 Maxis recently did a Reddit AMA (Ask Me Anything) thread regarding its upcoming city building sim SimCity, and at this point, it and Electronic Arts probably wished it didn't, as the game's always-on scheme became the focal point of the forum.

The most upvoted question from the Reddit community involved the game's always-on DRM, when a user asked what would happen if they lost their internet connection.

Senior producer Kip Katsarelis replied that "short" outages would be handled "gracefully." In other words, a brief drop wouldn't lose any progress. However, they also admitted there would be no offline saves, and that all saves would be cloud saves. That is, no hard drive saves, so an internet connection would be required to load your game.

According to Katsarelis, "We will allow you to play for as long as we can preserve your game state. This will most likely be minutes," which led to a user retorting, "My computer happens to have a hard drive that's suitable for preserving game state. Should I consider buying your game, or is it crippled to online-only?"

It seems Electronic Arts hasn't learned from the disaster that was Spore, Command & Conquer 4: Tiberium Twilight, or even when the Dragon Age servers dropped and caused players to lose all of their paid-for downloadable content (which locked up save games since the game refused to allow players to play them without the DLC approved.)