BBC after the "closer relationship" games can give, Dr. Who leads initiative 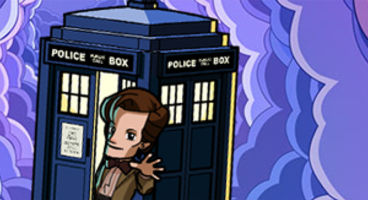 The BBC want in on the video games market and community at large, and they've been stepping up their efforts. The universe of Dr. Who is their primary weapon for now.

The digital team is an example of the BBC's "move away from a licensing model" when it comes to IP, and to reach "fans on any platform". The future of the BBC is 'transmedia' entertainment.

The term 'transmedia' is one of the silly buzzwords and in this case it simply means an IP not being restricted by one type of medium, but instead spreading to as much as it can.

"If we're doing our jobs right this will become the largest Dr. Who community online ever assembled," said executive VP Robert Nashak of BBC Worldwide's Digital Entertainment and Games. They're currently developing Dr. Who: Worlds in Time which is a massively multiplayer adventure game launching this March.

"From our CEO down, this is a big initiative... Everyone sees it as a very very big opportunity, particularly as 'gamer' gets redefined," he continued. Dr. Who has already released as a series of adventure games.

"Unlike other media companies," the BBC's goal is "to move away from a licensing model around our brands and our IP, and really start from ground up thinking holistically and 360 to reach our fans on any platform that they might be on."

"Over time, my goal for my group is to help influence the rest of the company to be thinking much more in a transmedia way, moving forward." Smartphone apps have already been released by the digital team, as well as Top Gear content for Microsoft's Forza Motorsport 4, however Dr. Who: Worlds in Time is a real "big investment" from the BBC.

Check out the full interview between Robert Nashak and Gamasutra.