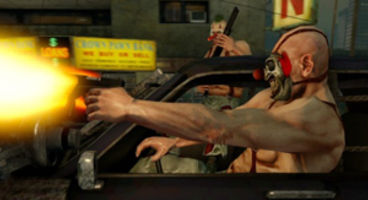 David Jaffe of Eat, Sleep, Play has updated the community with news that a patch for Twisted Metal should 'hopefully' release tomorrow. Disconnections are plaguing users.

Matchmaking and invites are suffering too, while others even complain of older consoles crashing. Jaffe empathises with frustrated gamers. No 'absolute fix' date yet.

Twisted Metal has sadly returned with a whimper than a bang sadly, as technical issues upset fans of the franchise. A patch is in the works they "hope to push Tuesday".

"Nothing concrete sadly. Lots of work happening but only real news is: team is cranking hard on it and making progress but I can’t give you a ‘this is when it will be 100% fixed’ date just yet," said David Jaffe. Sony has been unable to reproduce some of the errors when it comes to older console versions freezing up.

Minor issues like how XP is awarded and the like is given a secondary priority right now, as the team focuses on nailing the network issues. "People have written me and said ‘I’m taking my game back’ and I’m like ‘dude, I don’t fucking blame you.’ Nobody who’s given us a dime of money deserves this," continued Jaffe.

He's hopeful the community will stick out the hard times: “I stand behind saying it’s the best game I’ve ever worked on from a design standpoint and from a play standpoint. I’m extremely proud that when people do get into the game they really dig it. That’s the light at the end of the tunnel for me." Twisted Metal released on PS3 last week.