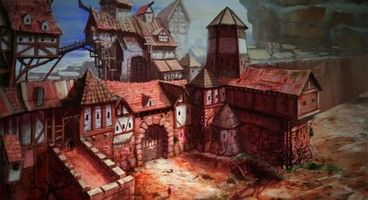 It seems that some new information about the next generation of Everquest, called "Everquest Next", will be coming later this year.

There had been some concerns due to lack of any discussion from Sony Online Entertainment since the game's unveiling back in 2010 that the game might have been cancelled.

SOE developer Dave Georgeson, aka SmokeJumper, posted in the official forums posted, "EQ Next is still being built within a black box. The *earliest* we are currently considering that we *might* reveal info is late this year. We're being very particular about what needs to be in the game before revealing it to folks, so until that stuff is ready, we won't be showing anything. (Screens you saw from a couple years ago are completely obsolete now and are not pertinent to the current game at all.)

There is no reason for EQ or EQII to ever fade away. EQN is not being designed to replace those games. The only way it could "kill" EQ or EQII is by being such a phenomenally better game that everyone flocks to it. Many miles to go before we sleep."

Recently, both Everquest and Everquest II had transitioned to free-to-play.