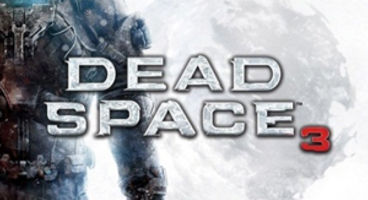 Too many fingernails were bitten clean off because Dead Space was 'too scary' for some to play on their lonesome. EA's solution was to introduce co-op play in Dead Space 3.

Laura Miele of EA said they were getting feedback that people "love the thriller game, but it was pretty scary," and that the "obvious next step" was co-op support.

The scare tactics of the original two Dead Space titles were so strong because of its single player design, reckons EA Games marketing boss Laura Miele. Unfortunately it turned some people away from the IP as their gamer constitutions didn't feel all that comfortable playing solo.

"We were hearing feedback that they love the thriller game, but it was pretty scary, and the obvious next step was that they wanted to play with someone. So we introduced co-op into the game," said Miele.

"The horror of Dead Space is still all there. It's still true to its roots and no less scary, but people felt far more comfortable playing it with someone else than they did doing it on their own."

"Personally, I would rather go to scary movie with my husband rather than sit at home with the lights out watching one on my own. We're looking for that to reach out to consumers that perhaps were not open to Dead Space 1 and 2."

Recently EA released a 20 minute gameplay teaser showing off our main man Isaac and his new co-op chum Carver as they take on the dangers of a frozen planet. Dead Space 3 releases on Xbox 360, PS3 and PC February 2013.