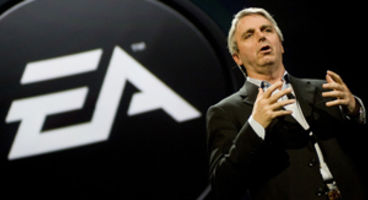 EA CEO John Riccitiello is unhappy with the "perception among investors that the game industry is tough to invest in right now", as they believe in NPD data which is essentially 'uninformed'.

To believe NPD data would be to believe PC gaming is dying rapidly, yet it's the "fastest growing platform" today says Riccitiello. Packaged goods can't be counted alone anymore.

The EA boss points to the likes of NPD which releases US sales data to companies as one area causing trouble for video game companies finding investors. Their data is 'misleading'.

"Just five years ago people said that the PC game business was in a radical state of decline because NPD said it was down 10 percent, 20 percent, 30 percent, year-in year-out,” John Riccitiello told CNBC. Remember those times? Every other headline was how PC gaming was on the brink of extinction, or how it was all lies.

"The fastest growing platform for video games today is the PC, but it’s growing through subscriptions, through micro transactions and through downloads.” NPD still only focuses on packaged goods sales through retailers. In the UK the charts are attempting to absorb digital sales to better reflect the state of British consumer appetites for games.

Riccitiello argues that EA is shifting more and more from a packaged goods company to a "service business" with FIFA as an example. Whereas before new FIFA releases lost their audience generally after a month, FIFA 12 introduced regular challenges and updates which kept interest burning. "...we had five million players that first week and it’s now July, and we’ve had no fewer than four and a half million players since then,” he stated.

The CEO likened the change as a step toward "the culture of building something like a Broadway play where you go on every night instead of a canned television performance that’s done once and it’s done.” John Riccitiello also talked up the greater role of EA's free-to-play products, which included The Old Republic's free trial up to level 15.