OnLive "expected to continue without interruption" despite new owner 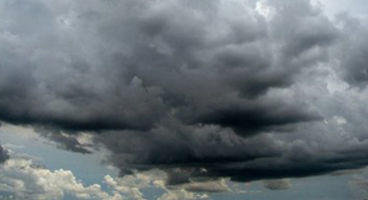 That Cloud sure looks stormy as OnLive is bought out by an investment firm affiliate after the California tech start-up laid off staff and filed for a form of bankruptcy. OnLive won't be closing down.

All tech, patents, and IP now belong to the new owners who will keep the OnLive brand and continue their gaming Cloud service "without interruption" to users, of which there are just under 1800 concurrent?

Reports indicate high overheads wreaked havoc on finances as thousands of servers were needed to run the Cloud platform, with around almost 2000 concurrent peak users.

"The OnLive Game and Desktop Services, all OnLive Devices and Apps, as well as all OnLive partnerships, are expected to continue without interruption and all customer purchases will remain intact; users are not expected to notice any change whatsoever," read a statement. "OnLive's current initiatives will continue as well, with major announcements of new products and services planned in the coming weeks and months."

The OnLive executives decided to file for a form of bankruptcy in order to salvage what they could.

"OnLive, Inc.'s board of directors, faced with difficult financial decisions for OnLive, Inc., determined that the best course of action was a restructuring under an Assignment for the Benefit of Creditors," revealed the company. Under the stipulation of the ABC filing, all staff lost their placements and shares were rendered worthless. Half of the employees are said to have been offered a position within the new corporate structure for OnLive, and others given consulting positions.

OnLive founder Steve Perlman did not receive any stock in the new company.

"The asset acquisition, although a heart-breaking transition for everyone involved with OnLive, allows the company's core innovation and on-going offerings - the product of over a decade of hard work transforming the OnLive vision into reality - to survive - and continue to evolve," they continued.

OnLive claim they have over 2.5 million subscribers and an active player base of over 1.5 million with "many" sessions running for hours. The firm has been quiet around the actual concurrent user count however, which is the most vital statistic for the Cloud platforming company. "The user base is growing rapidly with OnLive's addition into recently announced devices and TVs from major manufacturers," they said.

"We expect this growth to continue under the new company."

More storms lie ahead for the Cloud gaming service as the OnLive name has taken a huge hit with subscriber confidence likely at an all-time low and could lead to an exodus, further crippling OnLive's future. Then there's the sale of Gaikai to Sony which gives the corporate giant an enormous opportunity to dominate the Cloud market if handled right.