Bethesda's Howard: Skyrim has been patched more than Oblivion or Fallout 3 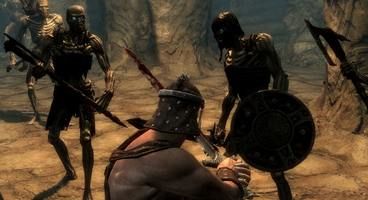 Bethesda's Todd Howard has stated that the developer's patched The Elder Scrolls V: Skyrim more than any game they have released before, including The Elder Scrolls IV: Oblivion and Fallout 3, and still considers Skyrim the company's "most solid release".

According to Howard in an interview with Game Informer, “When you put all this time into something and someone can’t play it, you feel terrible. They have every right to be pissed off. We already have more updates out for this than Fallout 3 and Oblivion in their lifetime. So we’re really committed to fixing everything.”

Part of the frequency of patching and updates is the unprecedented number of people who have purchased the game, meaning that bugs result in louder calls for fixes from the fans.

“The percentage of people that have a problem on any particular system ends up a low percentage, but the raw number (of upset people) ends up being larger than we would have expected,”

Howard added, “We learned a lot about this. In particular with the PS3 version was, ‘Why aren’t we seeing this?’ We saw some of (the bugs) that we were able to solve very quickly, but we eventually had to go to the consumer and ask for their saved game files. You’re looking at saved games where, not everybody, but certain people played for 100s of hours, and lots of different reasons it was happening. Fortunately we were able to fix it with the latest update."

Steam has allowed Bethesda to get patches out to the PC version faster and more quietly than ever, as well as test patches before widely releasing them.

“The main thing we did learn, now that we have the beta program on Steam, because we realized that no matter what we do internally, we have 10 million people playing the game and their saves are in all sorts of states, even if we test something to the nth degree, we’re still looking at this microcosm of everybody’s current live game. So that was new for us," concluded Howard.