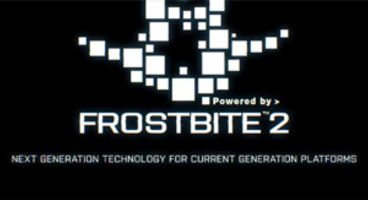 Upcoming titles powered by Frostbite 2 would be BioWare's Command & Conquer: Generals 2, as well as any future DICE game like another Battlefield.

EA has also increased the usage of the engine tech outside of DICE because of its advantages and to save on Unreal Engine 3 licenses. Need for Speed: The Run and the new Medal of Honor: Warfighter use Frostbite 2. If you have a 64-bit capable CPU powering your PC it won't be utilised unless you've got a 64-bit operating system. 64-bit CPUs are much more efficient and run rings around their old 32-bit brethren, allowing for many more computations.

"We'll have Frostbite-powered games in 2013 that will _require_ a 64-bit OS," twittered Johan Andersson. "If you are on 32-bit, great opportunity to upgrade to Windows 8."

DICE flaunt Frostbite 2 the most in Battlefield 3, where the whole environment is subject to abuse by players and their extensive arsenal. It's one of the reasons it was chosen to power the new C&C: Generals 2.