22 February 2012 | By Jonah A. Falcon
BioWare has announced that PlayStation 3 gamers in North America will be able to purchase the digital version of Mass Effect 3 on PlayStation Network on the 6th March, the same day as the retail release. 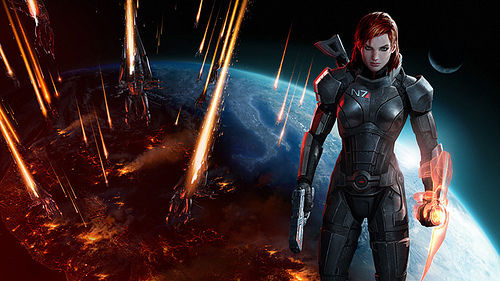 Gamers who preorder the game on PSN will get the high-powered M55 Argus rifle, a close-range weapon which fires short busts that conserve ammunition. According to the weapon description, "Law-enforcement agencies across the Mass Effect galaxy are adopting the Argus as their standard rifle, as much for its intimidation factor as its suppression power."

Preorders on PSN will also get exclusive PlayStation 3 dashboard themes.

Mass Effect 3 will be released on PlayStation 3, Xbox 360 and PC on the 6th March in North America, the 9th March in Europe.