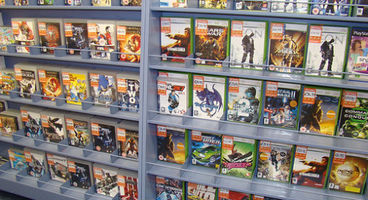 UK retailer GAME has been the center of swirling rumors and reports regarding the company's financial status and ability to stock shelves with new games. Recently, the retailer got some respite from its financial woes with aid from lenders.

It is with this recent history that GAME's recent statements have raised eyebrows and red flags around the industry.

GAME has announced that it will not be stocking any PlayStation Vita games published by UbiSoft, and has canceled pre-orders for the special edition of the Wii title The Last Story. The company stated through marketing director Anna-Marie Mason that the retailer can't "stock absolutely everything," and "there's no one specific catch-all reason" for the unwillingness or inability to stock them for customers.

According to Mason, "With regards to the Ubisoft titles, that is one moment in time. It doesn't mean to say we won't have that title or that part of our proposition on an on-going basis. We can't stock absolutely everything. That's just not possible. The same applies in a rational way to our online business. There isn't a definitive reason why we haven't been able to stock those two things most recently. But that may well change."

This comes following the store not stocking Namco's Tekken 3D Prime Edition in any of its 350 UK stores, which led to the game not placing on the UK sales charts.

This is quite a disturbing sign for a company that insisted that it would be able to stock new merchandise following a year in which it suffered an £18 million loss.

"We know our customers really well. Most of them have a really long history with us, and they know as a business we are absolutely committed to giving the best possible range as much of the time as we possibly can. The instances we've had in the last couple of weeks are absolutely the exception, not the rule," insisted Mason.