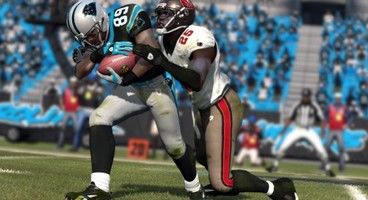 The class-action lawsuit challenging Electronic Arts' licensing agreements with the National Football League and NCAA is over, and has temporarily ended EA Sports' monopoly.

While gamers who purchased a Madden product from EA between 2005 and today on the PlayStation 3, Wii, or Xbox 360 can get $1.95 (older games on the GameCube, PlayStation 2 and Xbox get $6.79) may sound meager, the real victory comes from EA having to at the very least temporarily relinquish the licensing deals.

A five-year ban has been slapped on the exclusive license between EA Sports and the NCAA once the current contract expires in 2014, while EA may not have an exclusive licensing contract with the Arena Football League for five years. Unfortunately, the meager monetary settlement means the NFL license remains exclusive.

However, this opens the door for 2K Sports to release its first college football game since College Football 2K3.