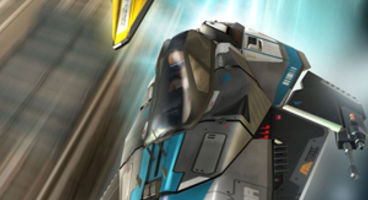 SCE Worldwide Studios has confirmed they are closing down Liverpool Studio which was the development team behind the WipEout franchise. This move comes after a 'regular review' of projects.

They decided it "should be closed," while noting it has "been an important part" of SCE Worldwide Studios since PlayStation's beginning. Other departments will remain at the Liverpool site.

The facilities in Liverpool will continue to host a number of other teams such as Localisation services and WWSE Finance as well as others. The dev team is no more.

"As part of SCE Worldwide Studios, we do regular reviews to ensure that the resources we have can create and produce high quality, innovative and commercially viable projects in an increasingly competitive marketplace. As part of this process, we have reviewed and assessed all current and planned projects for the short and medium term and have decided to make some changes to our European Studios," said an issued Sony statement.

WipEout released for the original PlayStation back in September 1995 in Europe, and in November for the US, followed by a March 1996 release for Japan. It also came to PC and SEGA Saturn. The latest release in the series was WipEout 2048 which released February this year for PlayStation Vita.

"However, it was felt that by focusing our investment plans on other Studios that are currently working on exciting new projects, we would be in a stronger position to offer the best possible content for our consumers."

"Our Liverpool Facility will continue to operate, housing a number of other vital WWSE and SCEE Departments."

"This should not take anything away from the great work WWS are doing and the incredible games and services that we have made, and continue to make, both for this coming year and further in the future."

So ends another era with SCE Liverpool Studio condemned to video games history.