A Valley Without Wind

23 April 2012 | By Jonah A. Falcon
Arcen Games has released their intriguing platformer A Valley Without Wind on digital distribution today. The indie game can best be described as a procedurally generated "MetroidVania" game, as a 2D sidescroller that lacks any sort of linear path, where the world is completely procedurally generated based on the gamer's decisions.

The game has been released on GamersGate here for $13.46 USD, which is discounted from the game's base $14.99 price.

The developer also released a launch trailer. Check it out in the video below.

Related Games:
A Valley Without Wind

A Valley Without Wind Essentials 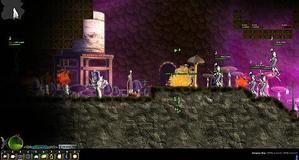