Online petition calls for end to Tera 'censorship' in EU 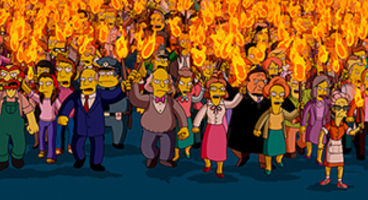 Frogster has come under fire by a vocal group of Tera MMO fans for "false information" regarding its European launch. Unlike the US version which is rated Mature, it's 12+ in Europe.

The petition rather barbarously calls out Frogster's "incompetence and childish games." It alleges the community has been inundated with "false information" and they're sick of it.

"We, as members of the Tera community, feel that this time you have crossed the line," states the online petition.

"The community was patient for a very, very long time with your incompetence and childish games. You have played with the boundries of how much the community can take. Count in all the false information that was given to us. False because now you are changing almost each one of your previous statements."

Blood has been toned down in the game, which was something that shouldn't have happened as Frogster had promised community members the European version would be left uncut. Lead community manager Raven of Frogster has said the latest build of the EU version removed a gore slider.

"This step was sadly necessary due to some changes which were introduced in the latest content update for Tera, which increased the amount of blood on certain details. Thus, we faced an issue with our current age rating, which is 12+ for Europe," they said, in explanation on the Tera Europe forum.

"Therefore, it was necessary to remove the level of detail slider for the blood aspect in Tera and set this to a fixed value. You'll still see blood in Tera, but the amount of blood will be reduced and won't stay on the ground. Also some minor effects like blood splatters against the screen will be replaced by another effect."

"Please be aware that we were already producing the box and pre-selling copies of the game with the active rating of 12+, so this was the only possible solution at this point."

"We're sorry to inform you about this now and not when the OBT patch notes were released, but the situation occurred with the latest additions to Tera and this are the reason why we needed to remove the slider for the blood factor and set it to a fixed value."

Fans are outraged by way of the community forums with many threatening to cancel their pre-orders of Tera, while others hope to gain access to the US servers of the MMORPG for the Mature rated version. It's usually Europe who are better for permitting content to glide pass ratings boards but when it's blood involved and Germany... things get complicated. 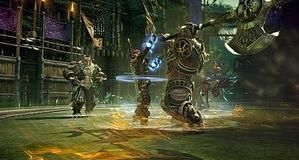