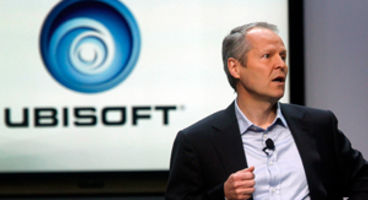 Ubisoft CEO Yves Guillemot understands platform holders don't want a new console too often "because it's expensive," but they're critical to helping creativity flourish in our industry.

It's "a lot less risky" to introduce new IP and products when "we're in the beginning of a new generation," argued the Ubisoft boss. Consumers 'buy less' near a cycle's end.

As we get closer to a new generation cycle, we tend to stop splurging as much as we do and only invest in stuff we know has a proven track record to entertain; new IP suffers.

"What we missed was a new console every five years," said Yves Guillemot. "We have been penalized by the lack of new consoles on the market. I understand the manufacturers don't want them too often because it's expensive, but it's important for the entire industry to have new consoles because it helps creativity."

"It's a lot less risky for us to create new IPs and new products when we're in the beginning of a new generation," he says. "Our customers are very open to new things. Our customers are reopening their minds -- and they are really going after what's best. ... At the end of a console generation, they want new stuff, but they don't buy new stuff as much. They know their friends will play Call of Duty or Assassin's Creed so they go for that. So the end of a cycle is very difficult."

Ubisoft has in fact announced a new IP; Watch Dogs. The publisher has been coy over whether this cyberpunk like action game will or won't hit the next generation platforms. The problem with such a long cycle are publishers tend to shy away from backing new franchises as consumers get more conservative as they await new tech.

Another new property is ZombiU for Wii U. Guillemot won't join the naysayers of Nintendo's new platform.

"I think Nintendo has very often surprised us, so you never know," he says. "I think they've created something good, if the customer uses everything they have created, I think we can see a good success with that machine. That type of collaboration can be fun and also challenging at the same time. It's something has never been done before. ... Those guys are taking lots of risks with the games they create -- and they're extremely successful."