God of War: Ascension beta coming to PSN Plus this Winter

23 October 2012 | By Jonah A. Falcon
Sony has announced on the PlayStation US Blog that the closed beta for PlayStation Plus members for God of War: Ascension will be arriving this Winter. 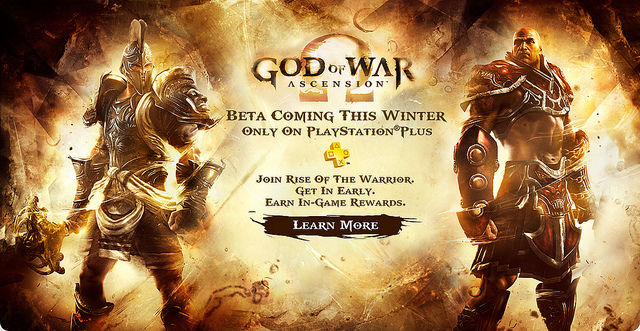 The publisher also announced a way for non-PSN Plus members to get in on the beta, by visiting the newly launched www.godofwar.com site with a "new social experience" God of War: The Rise of the Warrior.

Players will be asked to align with either the Spartans or the Trojans while competing in social challenges to earn their army a week of exclusive early access to the Beta this winter, and 30 days of PlayStation Plus. The social challenge will also unlock items in God of War: Ascension multiplayer.

God of War: Ascension is due to be released on the 12th March for PlayStation 3.