24 April 2012 | By Nick Akerman
Dead Space story producer Chuck Beaver has said his criticism of Gears of War 3's "atrocious" writing was taken out of context. 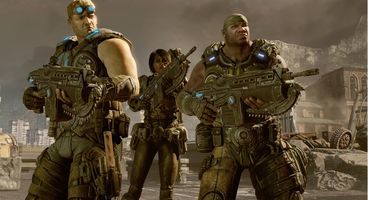 Although the post has now been removed, fans reacted angrily to comments that Gears of War 3 offers "atrocious, offensive violations of story basics" and is "literally the worst writing in games".Beaver released a statement via IGN, setting the record straight.

"I just wanted to jump in and clarify some of my comments that were taken out of context about Gears of War. First, let me say that I’m a huge fan," he said.

"It is an epic franchise that has trail-blazed more than a few industry-leading player experiences and mechanics. It is deservedly recognized as a top-tier title. Its success as a property is evidenced by its giant sales and rabid fan base. The industry is far better for Epic’s contributions, and we all owe a great deal of inspiration to their work."